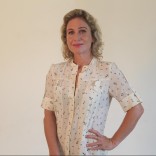 The signs in the ferry terminal were zero help, and just looking at them was starting to make me nauseous. There were English translations under some of the Chinese characters on the signs at the cashier’s booths, but the big wall map outlining the different ferry routes was a swirling sea of Cantonese and indecipherable to me. “Where did Leigh ask us to meet her again? “ I asked my husband, alarm rising in my chest. “Tsin Sha Tsui?”

Scanning the map desperately for scraps of English that might guide us on our quest, I wondered if we had the name right – there wasn’t a Tsin Sha Tsui or even a Tsui Sha Tsin to be seen. I glanced furtively around for a lifeline.

It was rush hour and my husband, infant son and I were invisible to the waves of busy, busy people in business suits pacing briskly by us. The only obvious course of action was to ask directions from somebody who worked here, but I wasn’t about to brave fronting up to the ticket cashier again. The stout uniformed lady there had already shooed me away from her ticket booth twice, the second time with mounting annoyance at my pleas for assistance via a confusing mix of English mashed with the few Cantonese words I could muster. The queue for ferry tickets was just too long to for her to deal with my dumb, ignorant Western shtick.

We’d arrived in Hong Kong late the night before, and had spent the day dozing off our jetlag cocooned safely in the warm, welcoming apartment of a dear friend called Leigh. Leigh had relocated from Australia to further her fashion design career several years prior, and it was at her beckoning that we’d made Hong Kong the first stop of our around-the-world trip – and our first big overseas venture since becoming parents. As she’d rushed out of the door for work that morning, she’d bellowed instructions to meet her at Tsin Sha Tsui Promenade to see the Symphony of Lights, a spectacle that bathes the Hong Kong island skyline in an illumination of colourful beams of light that reflect across the busy waters of Victoria Harbour. She’d made it sound like the easiest jaunt in the world; “Just take a taxi to the pier, jump on a Star Ferry and I’ll meet you at the promenade at 7.30”

Now we found ourselves lost and unlikely to make our rendezvous, with no phone nor a key to get back into Leigh’s apartment. I pulled a crumpled piece of paper from my pocket with Leigh’s work number on it. If I could find a phone booth and manage to catch her before she left the office, surely she’d be able to direct us. Staring at the paper trying to decipher Leigh’s handwriting, I felt a light tap on the shoulder and turned to see a young mousey-haired man dressed casually in jeans and Chuck Taylors standing behind me. “Need some help?” he asked.

Narrowly suppressing tackling the stranger with a giant hug of relief, I hurriedly explained our intended travel plans. Ben was an Aussie expat on his way home from work when he’d spotted us immobilized near the ticket booths, obviously lost. He laughed when I told him that the ticket booth attendant had waved us away twice – “That’s because you’re on the wrong pier” he chortled. He began explaining how to get from where we were to where we needed to be, but seeing the looks of confusion on our faces at the most basic of directions he relented. “C’mon, I’ll take you there. It’s been a while since I’ve watched the lightshow myself,” he said.

Delighted to have a guide to show us the way, we followed Ben into a nearby corridor. He then helped my husband to lift our son’s stroller down some stairs and we followed him down a winding path onto a dimly lit, elevated concourse. We passed a ticket vending machine and he paused to buy ferry tickets for our group, carefully explaining how the ferry ticketing system worked as he did so. Once I realized he’d just paid for our tickets, Ben was quick to wave away our offers of cash to repay him for the kind gesture. “Don’t worry, it was only a couple of dollars,” he insisted.

As we followed Ben further along the concourse and into another stairwell, the sounds of the busy pier faded into the background and our upbeat chit chat slowed. Away from the calamity of the crowd pier, the echoes of our chatter bounced of the empty walls.  Gazing around in the fading light at the empty hallways that surrounded us, I was struck with a thought; Ben seemed amiable enough, but what if he was luring us to our untimely demise? My mind flashed on news stories of people posing as do-gooders to lead unsuspecting victims into dark alleys where gangs thereby mug them of all worldly possessions or harvest their organs. I felt torn. Though the idea that Ben was anything but sincere was preposterous, I couldn’t help wonder why he was going so far out of his way to help complete strangers. I mean, who diverts their work commute home to accompany an unfamiliar family to a tourist attraction, paying for their ferry tickets no less?

I glanced at my husband absent-mindedly pushing our infant son along in his stroller as he trailed behind us, oblivious to my paranoid mind chatter. Ben looked more like a kid’s TV show host than a serial killer, and while I continued to follow his lead I still caught myself noting possible escape routes into darkened corridors in case we had to make a run for it with the stroller.

As we exited the stairs and entered another dimly lit walkway, Ben noticed the light banter had slowed and asked if everyone was OK. I nodded, inwardly chastising myself for allowing such troubled thoughts to enter my head. What is it with us humans – we desperately want people to be nice to us, but if they’re too nice it arouses suspicion. I marveled at how quickly my elation at finding help had turned into mild anxiety because our guide was all too willing.

As we continued to walk I tried re-sparking conversation by prodding Ben with questions about work, all the while deliberating whether I should just voice my apprehensions by making light of them – “Nice dark alleyway you’ve brought us to, Ben. So how much do kidneys get on the black market in Hong Kong these days?”  Before I got a chance, Ben stopped to help my husband lift the front of the stroller over the lip of an escalator, and as he lowered his head to reach for the stroller’s front wheels he flashed my son a cheery smile. The walkway ahead opened out into another wider corridor bustling with other ferry-goers, and I realized we’d arrived at the pier we’d been searching for. I gave myself a stern inner-uppercut. How could I have doubted this guy? When faced with a crisis of trust usually optimism wins out – I’m the sunshiney kind who holds a deeper faith in the inherent goodness of the world. I’d never been the jumpy type in my travels before, yet here I’d entertained the darkest of doubts. I glance at my son happily chattering away to himself in his stroller and chalked my misgivings up to being the work of a protective mother lost in a foreign land, creating a mountain of worries when a molehill would do. Deep down I’d known Ben wasn’t a threat or I wouldn’t have followed him; it was the potential for danger directed at my little family that had sent my instincts into disarray.  This whole parenting gig was an exercise in unnecessary worry, and the uncertain and uncontrollable nature of travel was amplifying it. I reminded myself that travel is basically the ultimate exercise in trust; if you’re not journeying to strange lands and relying on the goodwill of people you’ve never met, you’re not really travelling.

We punched our tickets through the turnstiles, maneuvering the stroller to get through the narrow metal rails. The crowd was visibly removed from the throngs of work commuters we’d encountered at the other pier. Cameras around necks and amiably strolling, we’d joined the tourist masses. Ben continued along by our side to the Star Ferry gate, and once the ferry docked we scrambled on quickly to secure window seats.

The ferry departed the pier just as the day’s last rays of light tumbled across the emerald harbor, and as there was a slight swell running the ferry listed gently across the waters. Without having yet laid eyes on the harbor in daylight I was unable to make out any landmarks, but all around us where little junks that looked like they’d been teleported from the pages of children’s book The Story About Ping. Tiny and flimsy looking and unlikely to pass any known test for sea-worthiness, I marveled at how they jostled past the bigger, commercial boats without being swallowed up. One could only wonder why they ever left port. Leaving each voyage up to destiny, surrendering to the inherent and inevitable. Carried by the same brand of blind faith that buoys wanderers venturing from the safety of their homelands.

As the ferry motors whirred to pull the ship into port, I could see Leigh waiting in the distance. Passengers started to disembark, and Ben jumped up and shook our hands, “I’d love to stay on but I’ve got to run. Nice to meet you guys!”

Ignoring our pleas to join us for dinner or at least take some money as repayment for his tour guide duties, he gave us a parting smile and stepped off onto the dock to disappear into the swelling crowd.

“Most travel, and certainly the rewarding kind, involves depending on the kindness of strangers, putting yourself into the hands of people you don’t know and trusting them with your life.”
― Paul Theroux, Ghost Train to the Eastern Star

“…all the disadvantages of good roads: high speed, and almost total lack of that inspiring factor in travel — the welcoming hand of the interested stranger.”
― Robert Edison Fulton Jr., One Man Caravan 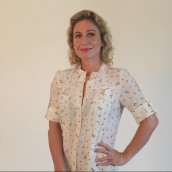